Check Why Yamaha PSR S970 Was Way Ahead When Launched

But I am still going to analyse the s970 and compare it with the advancement we have now with the top line keyboard.

But no doubt s970 was the talk of the town when it was launched and it didn’t got even a single 1 one star review on Amazon when it was available.

So as a music and piano/keyboard lover how can I forget one of the masterpiece keyboard from Yamaha. Lets begin the review.

S970 was upgraded from the previous model in a whole plethora of different ways.

The first and most recognizable way was the new 7-inch TFT LCD color display.

The LCD color display was quite bright which made it very easy to see from multiple angles and was a great new addition to the overall usability of the instrument.

The instrument also has a full 512 megabytes of flash ROM memory for style and expansion packs.

What made it a ground breaking model was the new Yamaha expansion manager software.

With the expansion manager s/w you can combine voices and styles from multiple style packs.

Which was not possible earlier it allows you to totally customize the instrument for your musical needs.

The control knob were the newest addition on the s970 but since then the entire new PSRs line comes with the additional two live control knobs that you can assign to control both voices and styles and even the microphone input in real time.

Another notable add-on the PSR S970 comes with is the 2 new microphone input.

From the input you can utilize the vocal harmonizer and the newly added vocoder.

In the input you can also plug in an instrument and run it through the all new effects that S970 has to offer.

There’s so many feature and little details that Yamaha took care of is really appreciable.

As the keyboard have a great new addition in the form of guitar effects.

The guitar effects are not only amazing they're also photo-realistic graphics of each of these new guitar amp models to choose and add effects in your music.

Check The Detailed Video Illustration Mentioning Every Feature of PSR 970 and S770 In The Below Video 👇 (11:20)

In late 2013 Yamaha introduced the concept of audio styles in their higher end arranger keyboards.

If you are new to audio styles then let me explain this. An audio style takes the originally rendered MIDI drum track and replaces that with a real drummer.

It could be an acoustic drummer with all sorts of different miking variations or it could be all hosts of electronic styles as well.

The quality of audio styles are simply superb cause Yamaha sampled great electronic musical instruments production Studios from all over the world it's a really great feature and adds a whole level of groove and playability to the entire style.

Now most of the latest keyboards offers wireless connectivity but for PSR S970 to connect wirelessly it comes with UDWLO 1 wireless LAN adapter.

The UDWLO1 allows you to stream both audio and midi bidirectionally to and from an iOS device.

And connecting it with the chord tracker software opens a whole new level of possibility and creativity.

The very first thing I check on any keyboard is the sound and overall tone quality of the Concert Grand Piano sound.

Since Yamaha has been making acoustic grand pianos for more than over a hundred years they bring that experience on all of their electronic musical instruments and S970 is not an exception to this.

Another wonderful voice that many of the new folks don’t know about is the suitcase EP.

Suitcase EP is a great sounding great feeling electronic time piano voice but it's even more amazing because it uses the VCM effects that's been introduced to the PSRs 970.

VCM stands for is Virtual Circuit Remodeling and it's Yamahas proprietary technology that models classic effects, compressors and guitar amplifiers.

On S970 when you press the voice and select the effect type. The LCD display then shows a beautiful photorealistic graphic of the VCM compressor that you can interact with and change things like the attack, the input, the release time.

As explained above the audio style replaces the traditionally rendered MIDI track with an audio track.

On particular audio styles you'll hear beats like clapping which is very indicative of flamenco music, but you also hear voices and all sorts of things with the drum track as well.

Guitar Effects and Other Effects

Earlier I quoted about the vcn effects and the guitar effects as well. Let me explain their usage.

There’s lots of different guitar effects available and this is something you need to hear. For example

the first guitar effect in the list is called US Combo. When you select the US combo guitar effect you can see that there's a photorealistic graphic of the amplifier (US Combo) that you can instantly interact with.

Example If you change the boost from low to high gain then you will get a lot more overdrive.

You will also see the improved multi effector panel which allows you to have different types of effects simultaneously like phaser, delay, sustain, wha.

All of these minute details and effects really enhances the sound of the guitars.

As of now most of the PSRs models has a new assignable live control knobs which you can assign to various functions such as style, controls, or voice control and change things in real time.

When the Yamaha PSR S970 was launched the one feature really hooked me up and it was the chord tracker.

What chord tracker was a blessing for lots of pianist.

I will explain about it by explaining my setup what I did was that I connected wirelessly directly to the PSR S970 and my iPad.

Then I recorded a series of chords wirelessly via the UDWLO 1 directly to my iPad into the chord tracker app.

Then what court record does is it takes that audio file and then analyzes it and then create a chord chart for the tune.

It can also scan and analyse songs from your iTune library and create a chord chart as well. it's pretty amazing.

The cool thing now is you can pick different styles and it will play the audio chords that you played earlier and then analyze with chord tracker and then sent it to the instrument.

Now you can hear these chords that you played associated with any style you want to associate it with.

You can even send a chord chart from the iPad wirelessly back to the S970 into the song area.

And those chords are in the song and they will trigger any of the styles.

So only sky is the limit you can try out all of your chords with your music with a whole bunch of styles it's absolutely amazing.

don't forget not only your music can be recorded it will analyze anything in your iTunes library so you can learn a song or try out a song with any of the styles on board it's just really cool.

My Experience With Yamaha PSR S970

So as I said I used this feature rich keyboard for more then 30 days and it totally blew my mind.

I never saw these much functionalities on one keyboard and features like VCM (Virtual Circuit Modelling) was totally new and I even not heard of it before S970.

But since then music industry has seen a lot of advancement in every possible direction and keyboards like PSR SX700 , SX900 , MX 88 provides tons of advance feature in the price bracket.

I hope this review of PSR S970 has helped you in making a better and informed decision.

Feel free to share your experience with the keyboard or if you are in any doubt or have any questions. 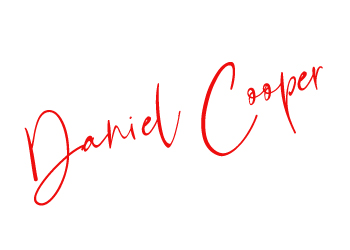