Quick Navigation show
1 Features of Digital Pianos - The Core Functionalities
2 What is a Synthesizer ?
3 Which Is Good For You Synthesizer or Keyboard ?
4 Best Selling Synths and Keyboards
4.1 Synthesizers :
4.2 Digital Piano :
5 Advantages Piano/Keyboard vs Synthesizer
6 Decision Time :

At first glance Synthesizers looks like just another hi-tech Piano/Keyboard. But there's lots of difference between Synthesizer and Piano.

Diving deep into the ocean of key instruments can be a cumbersome as well as confusing affair for the newcomers in this segment.

When we say confusing, we must have some major points on the basis of which it is so.

The key reason for this is that the amateurs shall definitely find it difficult to distinguish between the two when it comes to digital pianos and synthesizers. 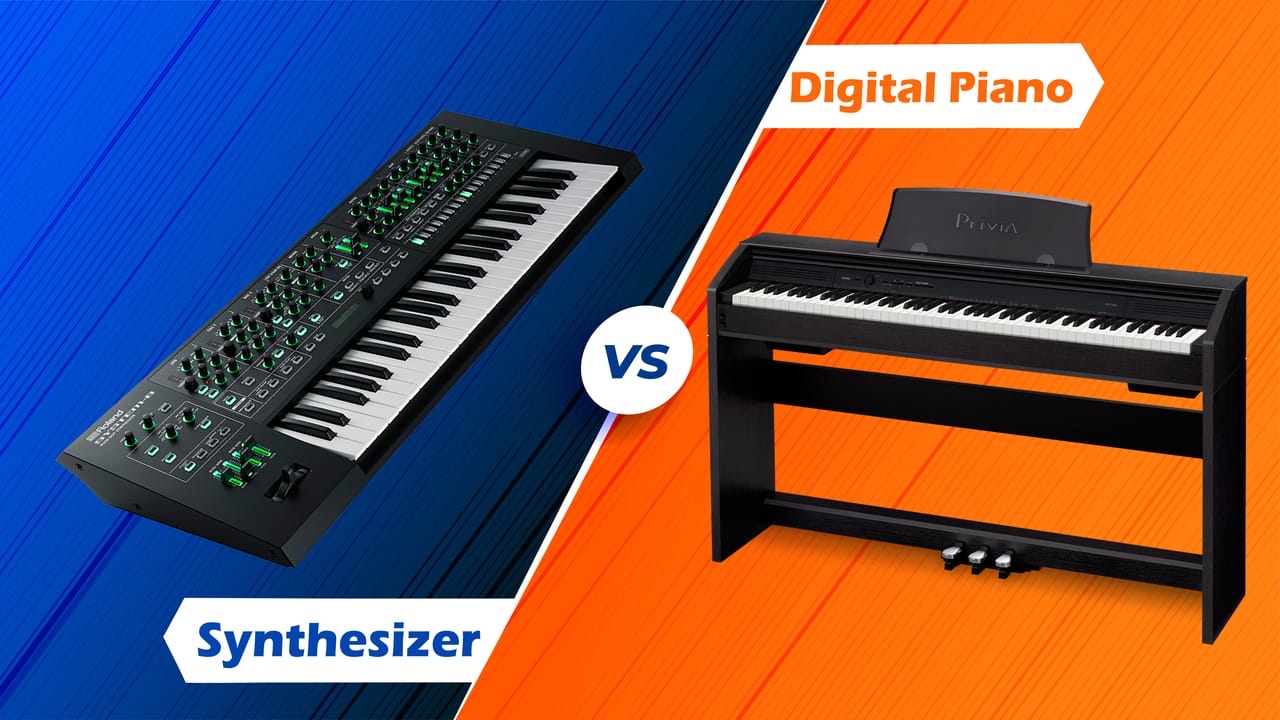 Presently, the market condition is such, that all the digital instruments having keys are termed as a keyboard or a digital piano. (In the same way synths are also termed as piano synthesizer)

Although the people aren’t totally wrong on their part, yet there are some basic differences, that one must be aware of before being a major part of the music segment.

The line that bifurcates the digital pianos from the other instruments with keys is pretty thin and misleading, but to your rescue we shall assist you in identifying these little but significant differences.

If you are wondering about opting a keyboard or synthesizer piano then you need to understand that it completely depends upon the purpose.

What Purpose ? Lets find out .

Further, lets get a quick glance at what makes Digital Pianos and Synthesizers apart from each other.

We shall discuss in detail the features of a digital piano as well as a synthesizer for you to better understand. 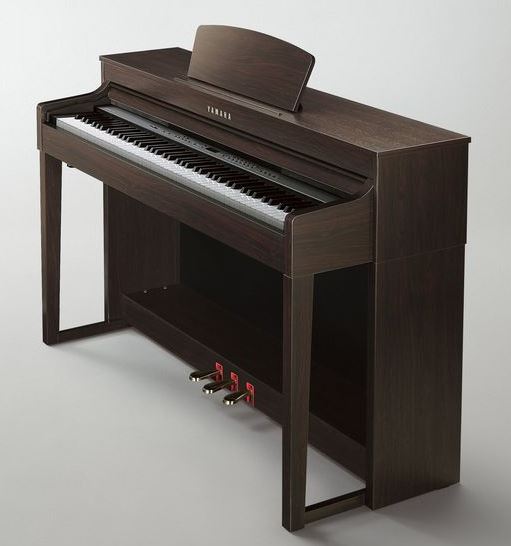 Firstly, we shall understand - what is a digital piano?

So, to answer this as the name itself depicts, a digital piano is an instrument that basically replicates an acoustic piano via the digital mechanisms.

Some pianos target the sound, while some also reach to the level of replicating the physical attributes as well so as to deliver to its customers the authentic feel of an acoustic piano in the most realistic way it can.

By this we mean that a digital piano variation shall usually have 88 keys, weighted in some variants and fully-weighted in others or even mechanized in few.

In the models that fall one step below the top-notch ones, the keys are often semi-weighted and also lack complete set of 88-keys.

What is a Synthesizer ?

Synthesizer is also a kind of electronic keyboard which produces sounds on receiving on audio signals.

We cannot term the digital keyboards as instruments, as they simply regenerate sound samples that are pre-loaded in the memory of the keyboard.

While when we talk about a synthesizer, the sounds produced by them are real with the output being free of any dependency on the peripherals, hence we can term them as instruments.

Similarly, the synthesizers do not replicate the sounds of an already existing acoustic keyboard, instead they generate on their own using various methodologies.

To perform these functions, the synthesizers are loaded with control knobs, sliders and buttons​.

The synthesizers have unique mechanism to generate authentic music.

Usually the typical synthesizers do not have as many keys as a digital piano, rather they might have half and mostly be light-weighted.

They also have diversified range of connectivity features compared to any older model of electric pianos.

This makes the synthesizers more versatile and adds value to it.

Now coming to the next part of the topic, we shall analyze both digital pianos as well as the synthesizers under various headings.

Which Is Good For You Synthesizer or Keyboard ? 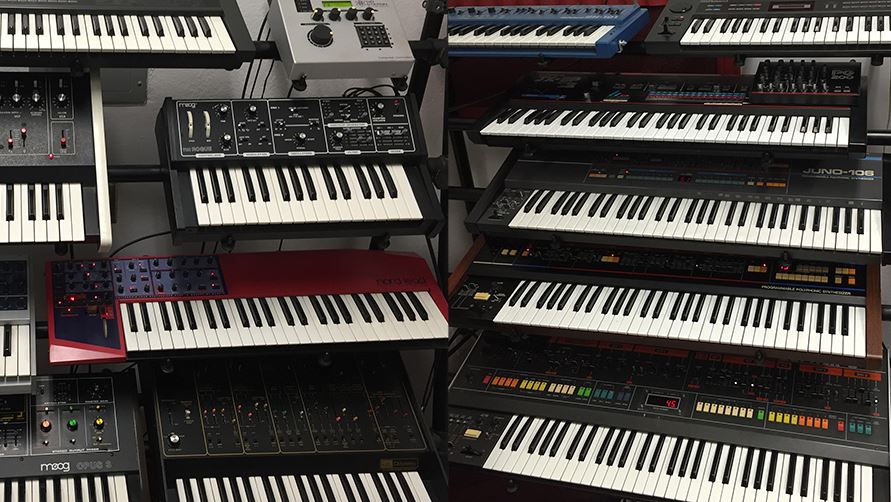 Synthesizers best serve the needs of the sound designers and sound producers as many trailers strings and drones are produced via the synthesizers.

The extra spice that is present in most of the songs is also generated using the features of the synthesizers.

Coming to the digital pianos, the digital console pianos are mostly light-weighted and highly portable in comparison to acoustic ones.

They have all the features like built-in speakers, weighted keys, pedals and many more to replicate the feel of acoustic pianos.

The stage pianos are structured for the live performing bands although they do not have pedals and they perform best when used with amplifiers.

The electronic ones have higher number of voices options and are capable of generating greater range of tones although the piano sampling of it isn’t that authentic.

Therefore, in case you are a classical student then you should definitely go with the digital pianos.

Whereas if your aim is to make - edit music from scratch, then undoubtedly your natural inclination shall be towards a synthesizer as it provides you with ample opportunities to produce the best music with absolute ease.

Prologue of KORG and JD-XA of Roland are the two polyphonic synthesizers that have garnered high sales during the previous years.

Pianists who cherish the authenticity of analog synths shall surely love these synthesizers.

Dave smith instruments and Nord Lead A1 also has much to offer and deliver amazing tones with less efforts.

Talking about the digital pianos some of the top models worth investing are :

All of them are high-performing digital pianos that play with great versatility. 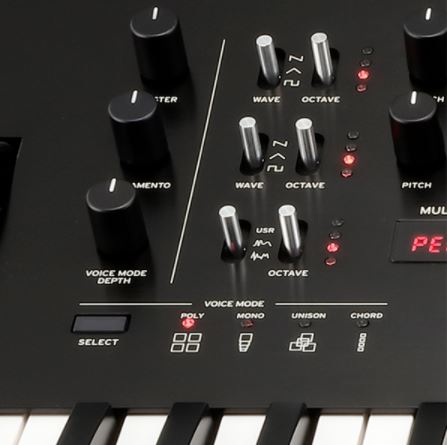 When it comes to digital pianos, the features list is longer and more valuable as compared to that of synthesizers.

Some of the notable features of digital pianos are :

The battle between the two is really cut-throat and what you should finally choose solely depends on the fact that what do you intend to do with the instrument.

So, if you want to buy one to place in your living room and barely shift, or you want to opt for an instrument that best replicates the feel and playability of an acoustic piano then a digital piano shall do wonders for you.

While, if you intend to perform live or for music production at studios, then there isn’t a better option that purchasing a synthesizer.

Finally, I would like to conclude saying that both have their unique set of features and roles to play and comparing them to decide the best shall be unfair for the other.

In our suggestion before purchasing either of them, firstly identify your need and then based upon some quality research make the final call.