The chart represents the finger placement positions to play the specific note.

The chart has several circles, the black colored filled circle represent that you need to press the specific key to get the mentioned note.

And the hollow circle represent to release the finger on the specific note.

What is flute and who discovered it ?

Flute is a wind musical instrument invented by Theobald Boehm (Modern Flute). But the basic structure of the flute is found a quite a long back BC.

How to place fingers on flute ? 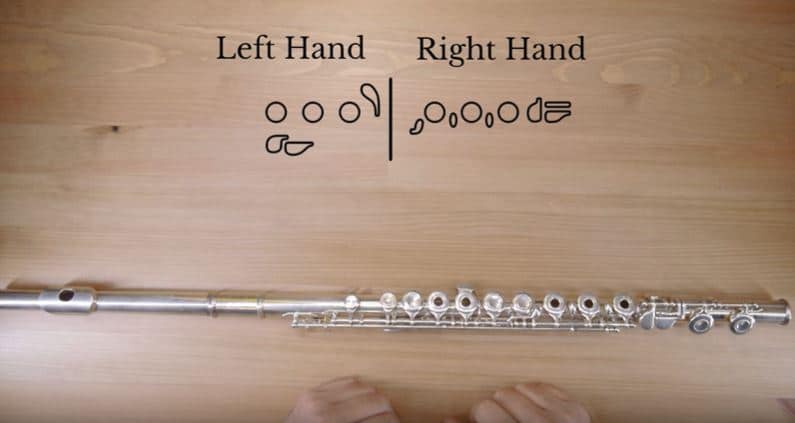 Home keys means every finger on both of the hands has a definite position on the flute. In short every finger has a specific key that it belongs to.

You should hold the top position (nearest to mouthpiece) of the flute with your left hand followed by your right hand. The left hand thumb finger will be on the flat key (sliver key) which is on the back part of the flute. 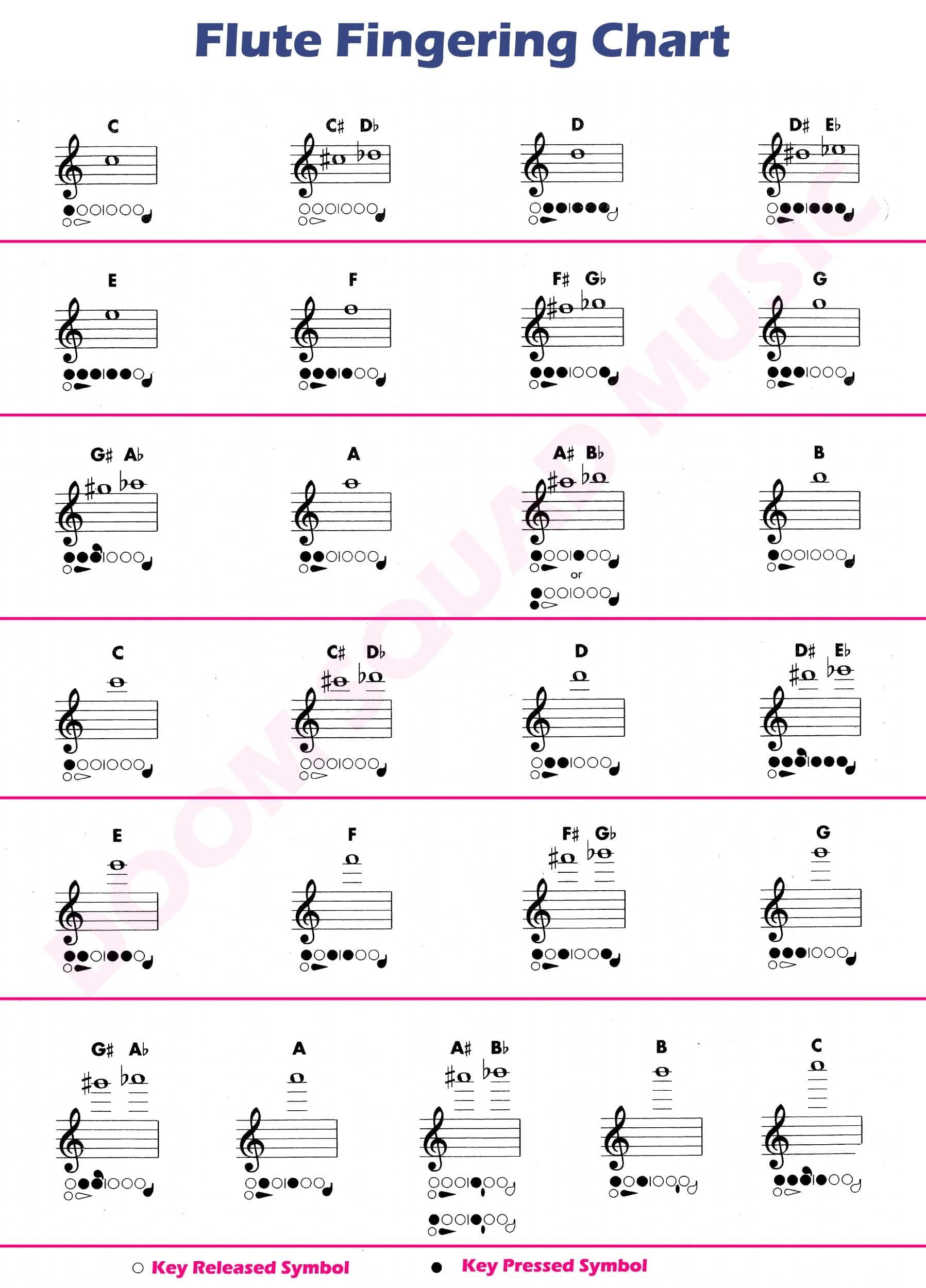