Stephanie Lahart, a queen of poems and a fearless content writer, had once said, “Who can slap it, go deep with it, give you that funky stuff, and get the crowd grooving to the sound of pure perfection? BASSIST!”

Bassists are excessively overlooked and the scene is even worst when it comes down to female bassist , but without them, the song wouldn’t be the same.

Joan Armatrading knew it. Kendra Smith knew it. Sean Yseult knew it, and so did many other gorgeous and talented women, who picked up the bass when no one else wanted to and set the stage on fire.

So, as an honor lets cherish the work and life of World's Renown Female Bassists who carved their own path. I have loved singing since I was a kid. I have always had a keen interest in music and an ample amount of knowledge regarding it.

And yet (pretty shamefully) I didn’t know for quite a long time what a bass was.

One day I just randomly came across a video of someone called Abby Travis on YouTube, performing the song ‘I put a spell on you’.

And oh god, what a performance! I was literally left spellbound.

She was holding something that almost looked like a guitar, but I knew it wasn’t.

That’s the day I came to know what a bass was.

The Los Angeles goth looking bassist gave the world a stage presence that it had never seen before.

She was the Ultimate Versatility Award winner; word had it that she could play anything with anybody. 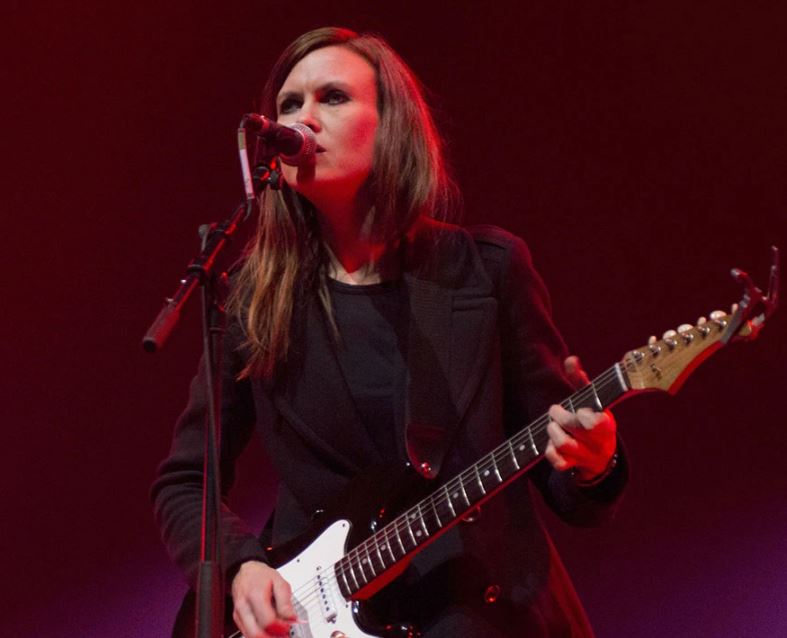 But her contributions as a bassist to the bands Blake Babies and the Lemonheads have remained unforgettably melodious. 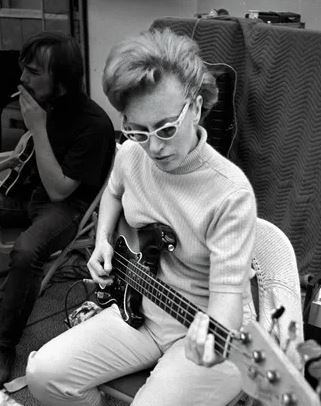 This girl had started playing guitar since her early teens. Little did she know that she was going to be one of the most prolific recoded bass guitarists is pop as well as rock music.

Kaye was a guitar teacher for a while before she began a regular in the Los Angeles jazz and the big band circuit.

In 1957, she started session work. Her major break came when she got an opportunity to work for producers Phil Spector and Brian Wilson.

The story behind her switch of instruments from guitar to bass was this: a bassist had failed to turn up to a session in 1963 and someone was needed to fill up his place.

With a talent like Kaye’s, it wasn’t long before she had made a name for herself and was one of the most in-demand session players of the decade- many of which came out to be large hits.

She even released a series of tutoring books like How To Play The Electric Bass for aspiring bassists looking for guidance regarding where to start and how to proceed.

Not to forget her contributions on film soundtracks, especially for Quincy Jones and Lalo Schifrin.

It is estimated that she has played about ten thousand recordings in her musical career. Ten thousand! That’s enormous. Talking for myself, I am pretty disorganized. If I were given the job of holding a group together, I would probably flee.

But not Cait O’Riordan. It’s never easy to hold together a bunch of acoustic musicians and constantly giving them directions of the various ‘how’s, ‘where’s, and ‘when’s.

But Cait O’Riordan, the original bassist of The Pogues, managed the job just fine.

She was the most die hard punk rocker in the line up and was probably the only one in the band who knew how to plug in.

Be it session legend Carol Kaye’s Beach Boys, Juliana Hatfield’s (this one is one of my personal favourites and I cannot write further without suggesting you to listen to this album once) ‘Whatever, My Love’ or Tina Weymouth’s minimal throb on Talking Heads’ ‘Psycho Killer’, a great bass line has again and again proved to be the most elemental part os the whole song- that part which loops endlessly in your head long after the music ends. Almost as if it could go on forever…. 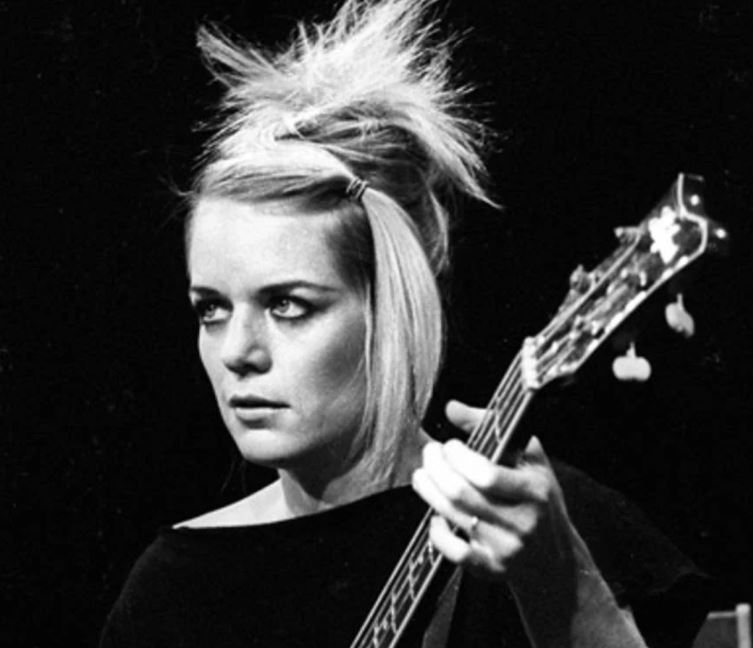 Whoever said that women are only good for cooking and cleaning was definitely wrong because Tina Weymouth from Coronado, California, is not only a bass player but a singer, songwriter, composer, author and also an actress! Can you even begin to fathom how amazing a woman she is?

She was a bassist of the new wave group Talking Heads, and she had undoubtedly turned all heads in the room with her fantastic bass playing abilities.

She also co-founded the ‘Tom Tom Club’ with husband and drummer, Chris Frantz, as a side project of Talking Heads. “Wordy Rappingwhood” and “Genius of Love” are among its best known songs.

To quote one of her famous lines- “If you have this passion for music, you don’t stop doing it – it chooses you and doesn’t release you. 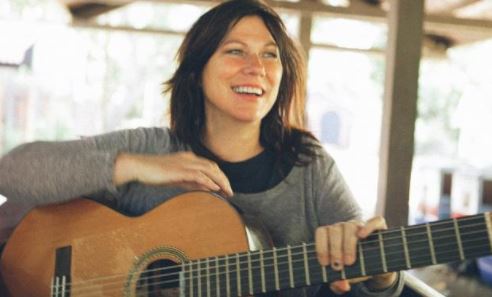 People had gone crazy over the Pixies tracks “Debaser” and “Gigantic”, both of which had opened with Kim’s bass solos.

The American singer-songwriter, bassist and vocalist, also known by her adopted stage name- Mrs. John Murphy was the heart and soul of the band Pixies.

Pixies means Kim Deal. Come on Pilgrim and Surfer Rosa are amongst the first of her well known albums. 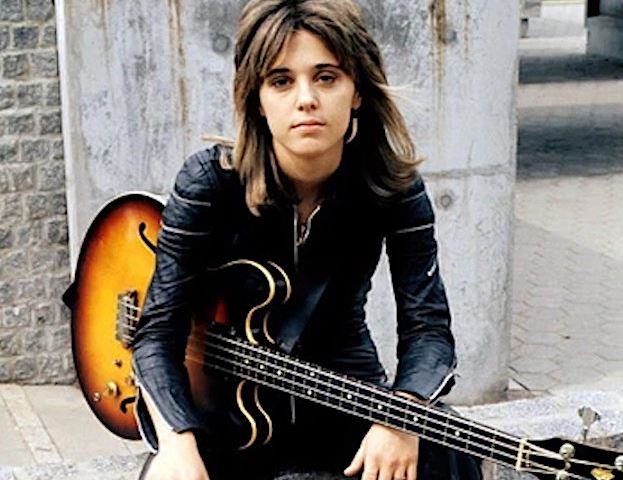 Another breath-taking bass player is UK’s Suzi Quatro who was nothing less than a rock goddess of the glam rock era.

Her single ‘Can the Can’ is as sexy as it sounds. So is ‘Devil Gate Drive’.

And then there was her ground breaking single with a bass solo opening ‘Never Thought You’d Leave Me’ – a song that will never leave us.

It is one of the very few phenomenal female-fronted pieces in the garage genre.

“The bass player’s function, along with the drums, is to be the engine that drives the car… everything else is merely colours.”- Suzi Quatro 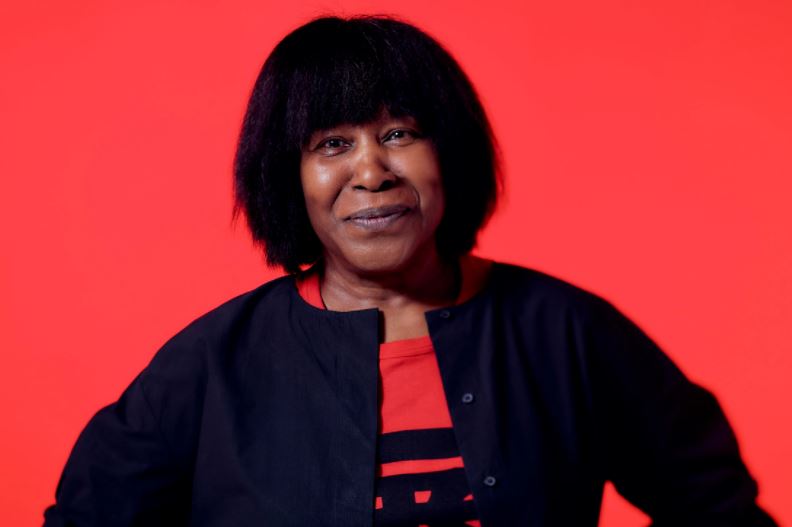 Joan Anita Barbara Armatrading is less recognized for her instrumental talents, more known as a singer songwriter. But the truth is, she was an all rounder when it came to music. Guitar, keyboards, bass- she knew how to play them all.

Nominated twice for the Grammy Award, twice for BRIT Awards as Best Female Artist, the Kittian English Singer songwriter, guitarist and bassist left everyone astounded with her classic era albums.

Her 2018 album, Not Too Far Away is lavish with top class lyrical basslines.

Being the multi-instrumentalist that she is, she has included jazz, blues and electric rocks sets in her latest set of albums and never ceases to amaze her fans with her incredible versatility.

In a recording career spanning over 50 years, she has released as many as 19 studio albums, and won the Ivory Nevollo Award for Outstanding Contemporary Song Collection in 1996. Currently the bassist for Pixies, Paz Lenchantin’s most notable gig was playing bass and providing backing vocals for A Perfect Circle. Her contributions to their albums Mer de Norms and Thirteenth Step had left the crowd rocking and rolling.

Daughter of the classical pianist Mario Medirossian, Paz was a child prodigy. She learnt piano at the age of five, violin at age eight and mastered guitar at the age of twelve.

She was a bassist for Billy Corgan’s side project Zwan. Her contributory string arrangement renown musical artists like Jenny Lewis, Queens of The Stone Age and Melissa Auf Der Maur are indelible.

On a certain site on internet, I found a voting pole on the question – Do you find female bass players sexy? I mean, duh! Is that even a question? Isn’t it more like ‘stating the obvious’? I hit YES without any second thoughts, and voila! 95% of the crowd seemed to have agreed with me, and had voted for YES! Talking of sexy, how can we forget to mention the beautiful Melissa Auf Der Maur?

She is an epitome of multiple talents with a photography major specializing in self-portraiture and appearances as an actress in ‘How to Make the Cruellest Month (1998), Beyond Borders (2003) and Collaborator (2011).

It was the summer of 1994. Hole was in desperate need of a new efficient bassist after the unfortunate demise of Kristen Pfaff.

Melissa had initially turned down the offer because it seemed like a very sad scenario … a very sad place that she was stepping into.

But when she met Love and Drummer Patty Schemel, it was impossible to not change her mind.

She now this as a shiny destiny ahead of her.

She happily travelled worldwide with Hole in support of its second studio album- Live Through This.

She was such a dynamic bass player that on the tour, Guitarist Eric Erlandson chronicled her as the sunshine-bringer-to-the-band in it’s dark and grey days.

She then joined the Smashing Pumpkins after their fallout with bassist D’arcy Wretzky.

She is one of the most versatile bassists known to the world, playing pop music like ‘Celebrity Skin’ and nailing the most metallic ‘Machina’ with equal ease.

These were my ten favorite world renown female bass players among the wide array of many more.

Who are yours? Let us know this in the comments below.