The Privia series of Digital Pianos is one of the most successful series from Casio.

And, the latest addition in the series at the time of this writing is Casio Privia PX S1000 which was launched on NAMM 2019. ( Update - PX S1100 is now the latest version ) 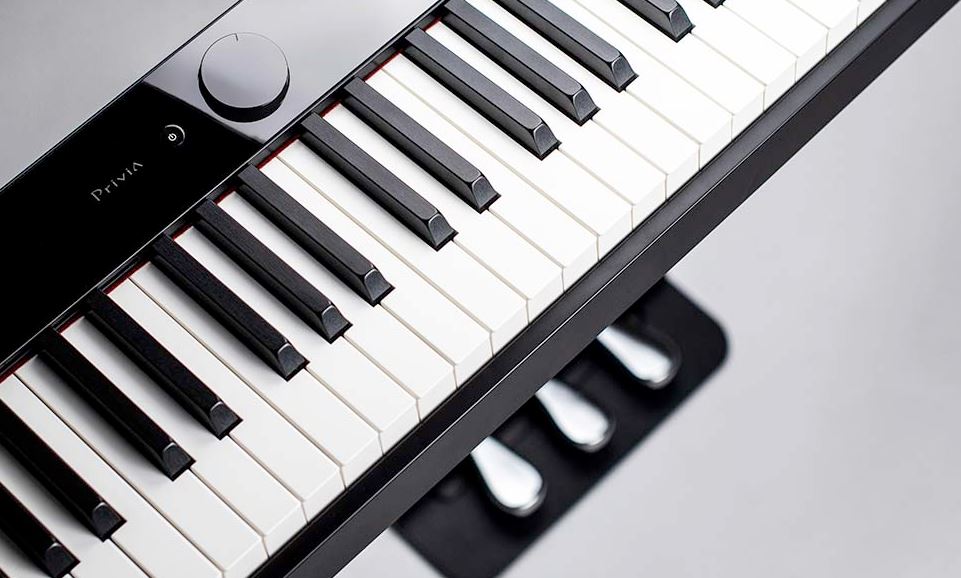 The Privia Series is always known for :

And the latest addition the PX S1000 has raised the bar to a new height.

Luckily, I got my hands on both of the models for more than 15 days.

And I can sum up my experience as simply "Astonishing". (apart from 1 issue)

If you are regular reader of my blog then you know I don't praise any instruments too much, Instead, I like to prioritize the disadvantages to make you aware of what you are buying in.

Now, lets look at the quick feature highlights of the Privia S1000 along with my thoughts.

With that said lets look at each of the features in more detail and what makes it stand apart from its peers.

PX S1000 is a perfect blend of Innovation and Beauty.

The body is made up of lustrous plastic and leaves a futuristic lasting impression.

What's the disadvantage of the finish is that the dust and fingerprints will be more visible then matte finish.

The wedge-shaped case side enhances its slim design.

When you look at the PX S1000, the top portion of the panel feature a clear, glossy finish with flat design with no bulging controls.

The Layout is minimalist and beginner friendly.

When the LED is off the front panel looks completely plain but as soon as it is powered on the buttons LED gets illuminated and looks very cool.

The simple design draws your attention and concentration to your keyboard and performance.

Its compact construction and light weighted design are what induces the most to the players.

The body of the piano is made up of high quality lustrous plastic which makes it look quite futuristic.

However, The glassy body also makes the dirt and fingerprints more visible. But just a wipe with a cloth makes it look spotless again.

The front layout of the keyboard is very minimalist and only the power button and volume knobs are visible on the surface. 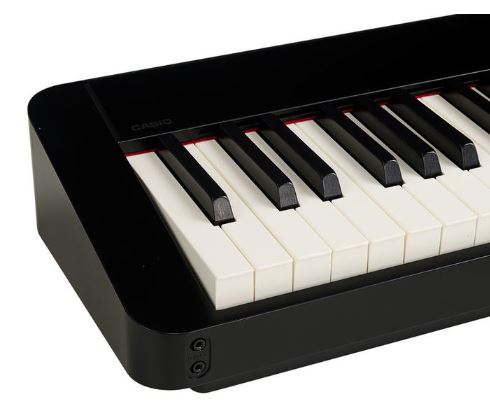 The Casio PX S1000 comes with a total of 88 keys that has weighted, scaled hammer action keyboard.

This model offers you the feel of playing a grand piano via its detailed key structure.

I was really impressed with the feel of keys and weighted keybed. (issues with feel and weight, see below section )

The ebony and ivory coating of these keys enables you to bring the feeling of confidence and comfort within you while playing the grand piano.

Updated Issues : Recently, One issue caught my attention which I was not able to feel initially was in-consistency in the weight and pressure of the keys.

In short, the issue can be summarized as the Black keys are noticeably lighter than the White Keys, which is completely un-acceptable.

We all understand that Digital Pianos feel are quite near to realistic Acoustic Versions feel, but you need to understand that it will never be exact as that of Acoustic.

And, its fine we all understand but.

But the way Casio handles this issue is quite un-acceptable. Instead of accepting the mistake and resolving the issue they want us to understand the point that these are Digital Pianos.

Although, the issue is mainly discovered in the PX-S3000, but there's increasing number of complain in S-1000 too.

For more info regarding the issue check out the below video

The interesting thing to notice in the PX S1000 is the button layout of the keyboard.

Other than being very simple, it has the touch buttons which lit up and are actually very easy to see.

The sensors can be seen when the power button or LED is turned on and fades away when is turned off leaving behind a seamless top board.

One of the cool things about this is, if you are in a low light condition, then you don’t have to worry about reading small prints that are written on to the keyboard.

It just lit up hence making it easy for you to see in the dark.

Also, it is very easy to operate and has a good response to it.

Hall Simulator and Other Digital Effect

Featuring 4 types of hall simulator and 2 types of surround.

The built-in Hall simulator effects gives you the sound of a Hall reverb.

So, one thing to note about this piano is that you can turn on and off the button to change the tonal quality and feel.

When counting on Sound Quality, I can assure you that AiR sound source reproduces very Authentic and Natural Grand Piano sound.

The sound are sampled from Iconic 9' concert grand piano and feel quite rich and immersive.

The sympathetic String and Damper resonance very precisely mimic the relationship between Strings and Pedals.

The digitally created resonance effects adds an extra layer of Authenticity in the overall experience with the PX S1000.

Mechanical key sound can clearly be audible to you while playing the keys with light touch or by withdrawing your finger from it.

Although, The sound from the stereo speakers are quite clear but are not loud enough.

You may face hard time when playing it on Medium - Big Halls without additional speakers. 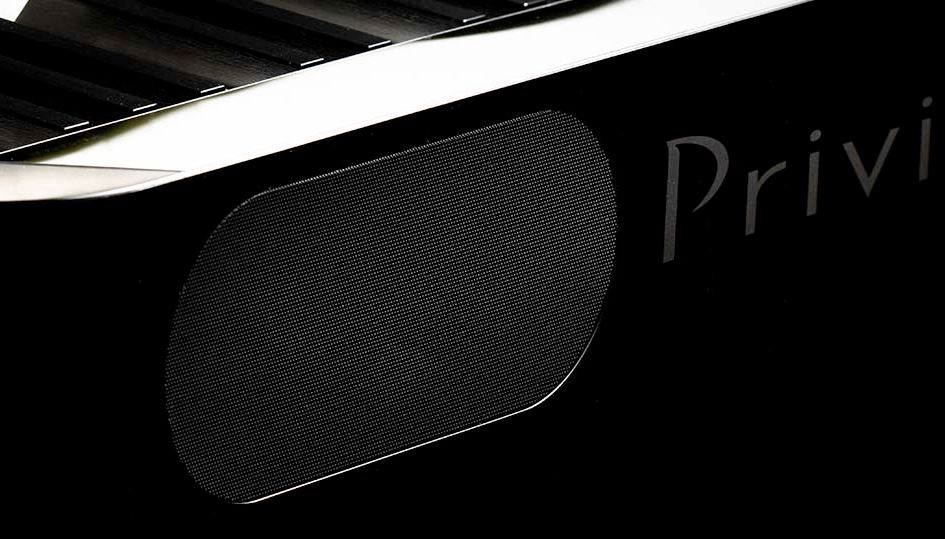 The PX S1000 is designed in a way that it offers the sleek look and are the sleek weigh.

The compact and light weighted structure of this piano does not compromise its performance and offers versatile sound to you.

As far as portability is concerned, this piano weight is less than 25 pounds so it is easy to get around.

It also has a Bluetooth built-in.

So, you can easily have it connect to your phone or any Bluetooth device and stream audio from your mp3 player.

The really amazing thing about being able to do that is, if you are practicing along with the recording of a song that you are really trying to learn, you might have a Bluetooth speaker in the house and will try to connect it, well you won’t need it.

Because if you connect the keyboard to that device it will play that track through the speakers of the piano.

So, you will be practicing and hearing your track on the same speakers.

Therefore, the Bluetooth connectivity not only helps you connect to different devices but also enables you to play along the song, apply sound effect while playing, making it feel more like a live performance. 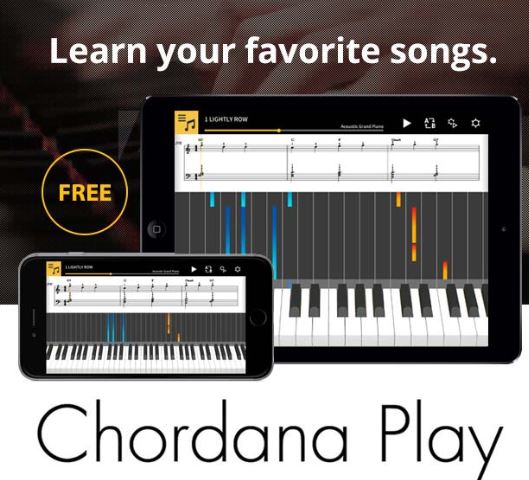 The Chordana Play App from Casio is a wonderful add-on and supported on most of the latest released digital piano.

Personally speaking I like the App, but still there's a lot of room for improvement.

Lets look at the highlighted features of the App

The icons displayed are easy to understand and hence is easy for you to control.

Also, it allows you to check some hidden settings that are not visible on the keyboard like, tuning frequency readout and temperament type. 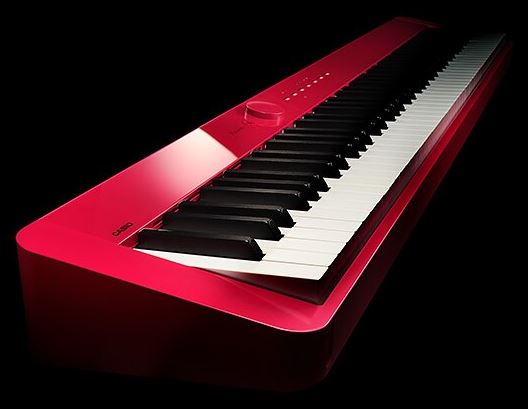 The Best Alternative Of Casio PX S1000 is Casio PX S3000. The Price is A bit high and offers lots of extra features so don't forget to check it. (Check Detailed Review Here)

My Experience with Casio PX S1000

As I already mentioned above that, my experience with Casio Privia PX S1000 can be described in one word - "Stunning".

Casio has really took a gambling in creating this digital piano.

Because it is totally made up of ground up.

Every detail in the piano is crafted with great care and the dedication simply reflects in the final product.

The only drawback that worth noticing is the loudness of the speakers.

With the sleek body design, fabulous features, exceptional sound, and the price which is worthy of your investment makes the PX S1000 sets a higher benchmark for every other piano available out there.

As of this writing, There's not a single 1 star rating throughout the entire E-Commerce sites. This simply reflects the amount of love the digital piano is earning from its user base.

So that’s all from our end hope this Casio Privia PX S1000 review helped you guys to make an informed decision.