Is Bass Easier Than Guitar ? What’s The Reality ?

Quick Navigation show
1 Bass Vs Guitars - The Learning Curve Explained
2 Is Bass Easier Than Guitar ? Do Bass Needs Less Practice ?
2.1 Which Musical Instrument Is Easier To Play ?
3 Get Off The Beginner Mind-set
3.1 practice The Instrument You Love

Many people thinks that bass are easier than Guitar. But is it really true ?

In short and sweet words – “No It Is Not”

The logic behind claiming that bass are easier then guitar is because it has 4 strings only.

Many people make fun of bassist by saying “Bass Players are Guitarist who somehow failed”.

May be even you too have heard couple of jokes about Bass Players too.

But let’s directly get to the answer not by some logic but by experience.

Is Bass Easier Than Guitar ? Do Bass Needs Less Practice ? 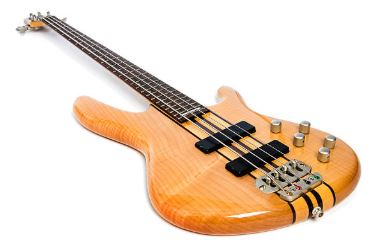 Saying again – No, when going over the long term Bass is not easier than Guitar.

And it can be applied on the same way around.

Guitars are not easy to learn too.

Personally, I think this whole difficulty comparison question is Silly.

But the question gets raised every time whenever some idiotic guitarist with inferior complexity tries to rag on bass players by saying, it’s so easy to play and does not require the amount of effort it take to become a guitarist.

And it just don’t end up there.

The outraged bass player came up boasting that the guitars wouldn’t sound any good if the bass wasn’t there, and around and around it goes.

This whole bass vs guitar thing misses the most important point entirely.

Without proper discipline and dedication you can master any musical instrument you want to.

But lack of discipline and effort will make the starting step look bigger then what it actually is.

I could take someone who’s never played an instrument in their life and get them playing some simple bass lines or strumming a few simple guitar chords in very little time.

But as said above to master either instrument will always take years of dedicated practice. 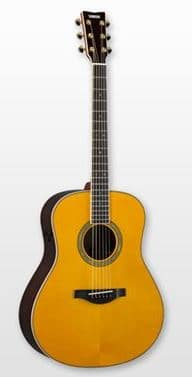 Which Musical Instrument Is Easier To Play ?

Other instruments like the oboe or the violin for example - they’re much harder to get started on.

They can take years just to get a good sound, whereas with bass or guitar, you can plug in and get at least a reasonable sound pretty quickly.

There’s a reason you see tons of garage bands playing guitars, drums and bass but very rarely do you hear about garage string, quartets or garage wind ensembles.

Both guitar and bass are much easier to get started on and are a lot more accessible than a ton of other instruments.

But over the long term, the difference in difficulty dissolves away.

Do you think Olympic 100m runners look at Olympic shot putters and say, “All they do is throw a little ball - that’s easy”.

And do you think the shot putter looks at the 100m runner and says, “Anyone can run, that’s so easy”.

The reality is that both athletes trained equally hard for years and years to get to the Olympics.

The big difference here is that music isn’t a competition and the people that say things like bass is so much easier than guitar they’re usually either picking a fight or trolling or they haven’t gotten past their beginners mind-set yet.

Get Off The Beginner Mind-set 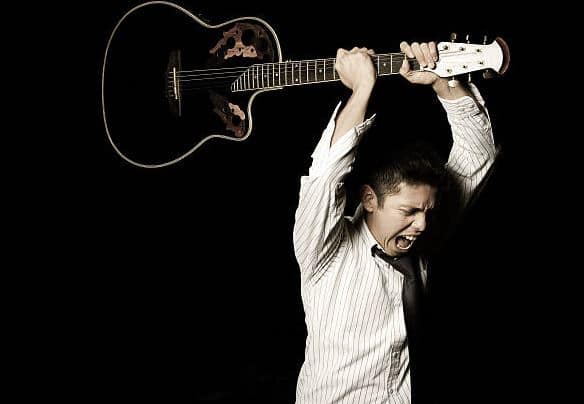 If you still try to seriously make these arguments that x-instrument is easier or harder than y-instrument.

I’d challenge you to look at why you think that and ask yourself if you’re still thinking like a beginner.

Once you realize that once you go down the rabbit hole on any instrument, that there is always more and more to learn.

You’ll see exactly how silly this argument really is.

Now if you’re an absolute beginner and you’re trying to decide whether to play guitar or bass.

I’d suggest you try both out and just see which one you feel more ‘at home’ on.

Also think about what you’re most drawn to in the music you listen to.

Do you love the raw, visceral feeling of the bass?

Or the way that it grounds the whole band and glues everything together ?

Or do you love the sound of a guitar strumming in the middle of a mix or even playing soaring melodies over the top?

Above all though, don’t make this decision based on what you think will be easier or harder.

practice The Instrument You Love 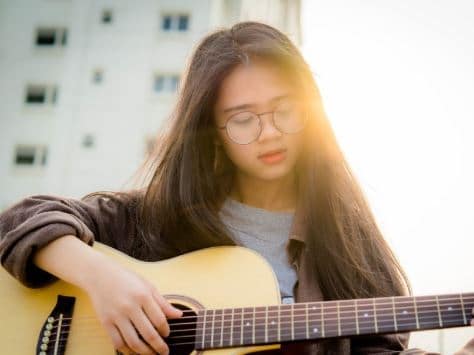 Play the instrument that speaks to you and you enjoy the most.

No matter what you choose, that will make it easy to pick up and develop a practice habit.

If you can make it easy for yourself to get in the habit of regular practice everything will become easier.

Like I said, bass isn’t inherently harder or easier than guitar, but if you’re a beginner ANY instrument can be intimidating and if you don’t know where to start.

You can quit before you’ve even started and I don’t want that for you.

So if you think bass is the instrument for you and you’re wanting to take the first steps as a bass player,

I have the perfect thing for you - it’s what I call the Beginner’s Starter Pack.

It’s a collection of some of my absolute best material for bass players at the start of their journey.

Inside it, you’ll learn the 3 things to focus on that will put you ahead of 95% of other beginners out there, plus you’ll discover the order to learn everything in so you can start making real progress.

Totally free. If there’s one thing I’d want you to take away from this article, it’s that the road to mastery isn’t ever quick or easy for anything you do and that no instrument can claim to be harder or easier over the long term.

That won’t stop people from arguing though, and I say, let them.

In the meantime, I’ll keep working and improving, and I’d encourage you to do the same.